WORKSHOP 3D has completed several projects for corporate clients including KTCS 9, WSECU, the Columbia River Maritime Museum, and The Goodship Company. These projects incorporate apps that we developed by working with the client on their specific needs and goals. WORKSHOP 3D is ready and waiting to discuss your unique situation with you and your team to develop a custom solution that utilizes our unique combination of capabilities in problem solving, design, execution, and deployment. 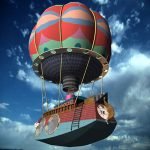 For The Goodship Company, we created an free app for iOS and Android platforms that allows their customers to fly a stylized steam-punk inspired hot air blimp over their product’s logo on all of their packaging and other company materials and displays. This was a turnkey project that we designed and developed from start to finish. 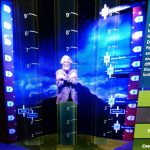 At Columbia River Maritime Museum, we created an educational augmented reality app that went hand in hand with a new exhibit on the nature of storms in the Northwest. Users can use the app on museum-provided hardware to fill a room with water, fill (and stand inside) virtual human-scaled rain gauges from several local cities.

For WSCEU, we created a docent-guided experience in which a user answers a number of community-oriented prompts on a tablet, the answers to which are used to create an augmented reality scene in which they can be immersed and photographed. This experience was debuted during the annual Seattle TEDx event. 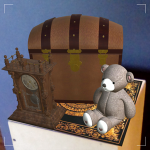 For KCTS 9, another TEDx sponsor, we created a guessing game in which several augmented reality props from one of their popular series appeared on a podium, and guests were asked to guess which show they were from. This app included an interactive interface with trivial features in addition to the Augmented Reality.

apps for Android and iOS